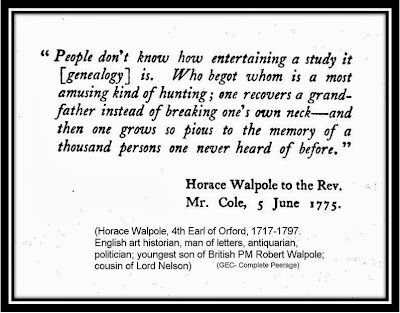 Mary Ann Butler, commonly known as Ann, was born in Sydney in 1817, the daughter of convicts Laurence Butler and Ann Roberts. Although born on 1 June 1817, she was baptised on the same day that her parents were married by Special Licence, on 1 July 1817. It would appear that Laurence may have just received word of the death of his Irish wife Catherine, and wanted his daughter's baptismal record to state that her parents were married (her two brothers' records stated they were 'illegitimate', or 'parents unmarried'). The Anglican Rev. William Cowper was the chaplain.

She married the proprietor of the “Colonial Times” newspaper in Hobart, John Campbell Macdougall. After his premature death, she continued as proprietor of the newspaper with the help of the editor (and solicitor) Kenric Brodribb. Kenric was the son of a long-term and prominent family in Hobart, and after selling the newspaper in 1855, she and Kenric moved to Melbourne where they married. However, Mary Ann sadly died a couple of years later, following a still-born birth. She was only 40 years of age.
Mary Ann had six children by her first husband John Macdougall who were orphaned when quite young. This blog tells her story. 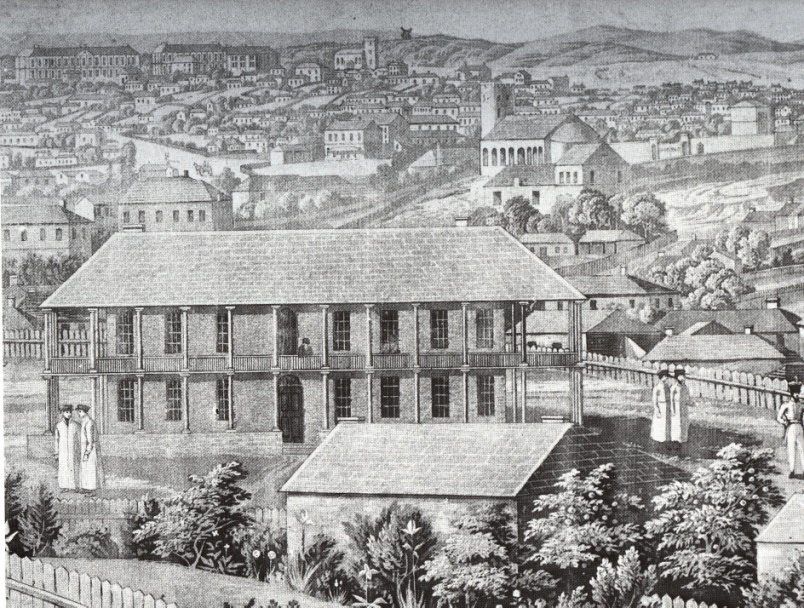 Mary Ann, known as Ann to her family, was born in Sydney in June 1817 to convicts Laurence Butler and Ann Roberts. Laurence (1750-1820), from Ferns in County Wexford, was given a life sentence for his role as a rebel captain in the 1798 Irish Rebellion. Arriving in 1802 on the ‘Atlas 2’, he became one of Sydney’s successful businessmen and recognized as Australia’s first cabinet maker of note. By 1812, he was living with Ann Roberts, (1767-1824/5) convicted of larceny in Worcestershire and transported for seven years in 1808 on the ‘Speke’, and they married a month after the birth of daughter Mary Ann in 1817 following the news from Ireland that Laurence’s Irish wife Catherine had died. Mary Ann was baptized on the same day as her parent’s marriage. She had several siblings- a half-brother Walter born c. 1807 (to Laurence and convict Mary Ann Fowles. Walter lived with his father.); brother Lawrence Butler born July 1812; brother George Patrick born 1815. A sister Elizabeth was born in 1819. Tragically, both George and Elizabeth died in Nov-Dec 1819.

The family lived in No. 7 Pitt Street. From 1816 they also owned the neighbouring house at No. 6 Pitt Street. The combined houses now gave them considerably more room. The houses were situated on sizeable blocks of land bordering the Tank Stream, and contained fruit trees and garden, as well as Laurence’s cabinet-making workshop.

1848 streetscape drawings by Joseph Fowles of the two houses at No. 7 and No. 6 Pitt Street Sydney where the Butlers lived. (now Angel Place in Pitt Street)

Laurence died in December 1820 and his wife Ann died sometime between 1824 and 1825. Orphaned at the age of seven, Mary Ann and her 12 year old brother Lawrence were initially looked after by their eldest brother Walter, then aged 17, who married in May 1825. Walter stated in his Memorial that he supported his brother and sister, and this statement was further endorsed by his witness, Father Therry. The children had inherited a considerable estate, (stated by Walter to be valued at upwards of £2000) so they were comfortably situated, and their appointed guardian was the R.C. priest, Father Therry. Close associates of their father Laurence, who were mainly Irish, and their long-time neighbour John Connell continued to look after their interests. John Connell was a witness to Laurence Butler’s will and acted as executor of his estate while the children were still minors.

Following instructions in her father’s will (dated 1820) re his children’s continued education, Ann and her brothers Walter and Lawrence were enrolled in the Higgins and Muldoon RC School Sydney in its first term (April 1822). Andrew Higgins, a convict and a surveyor who had been assigned to Father Therry after arriving on the “Daphne” in 1819, set up the school for RC children, with encouragement from Fr Therry. Higgins came from County Meath and was born in 1791. He was given a life sentence at his trial in County Kildare, and was described on the convict indent as a ‘land surveyor, overseer of road works’. Fr Therry petitioned Governor Brisbane on 3rd  April 1822 for assistance to enable Higgins to maintain the school:
“Sir, Permit me to recommend to the favourable consideration of His Excellency Sir Thomas Brisbane, Andrew Higgins, Schoolmaster of Kent Street, who teaches sixty children, half of which number are instructed gratis as he is a sober, attentive and moral young man, to solicit for him the usual weekly allowance or provisions from His Majesty’s stores.” (SRNSW Reel 6055 4/1769 p8) Although, the Memorial stated there were 60 pupils, by the time the claim was submitted in August of that year there were 106 pupils, including Walter, Lawrence and Ann Butler, and the children of close family friend Michael Hayes- Eliza, Richard and Eleanor; the children of Thomas Dunn (Walter’s future father-in-law)- Edward, Thomas and Richard; and children of other Irish rebels. The exact location of the Kent Street address is unknown but may have been near the house of James Dempsey in Kent Street near Erskine Street, or even Laurence’s Kent Street property.
In reply, the Colonial Secretary wrote, rather condescendingly, on behalf of Governor Brisbane: “… for the encouragement of education among children of lower orders, (he) will allow you out of Colonial Funds, a penny a week for every child regular in attendance on Andrew Higgins Schoolmaster in Kent Street, and such attendance from daily class rolls open to public inspection during the hours of instruction in his schoolroom.”[7]

By February 1823 the Higgins School had moved from Kent Street to King Street, where it remained until it moved to Fr Therry’s new building on the St Mary’s site in 1824. The St Mary’s school continues today.[8]

However, by 1828, Ann was boarding with David Greville in Pitt Street. By this time both brothers were working and living away from their Pitt Street home. Her brother Walter was also a married man.
Greville was a school teacher and a convict, who opened a boarding school. Greville had been convicted of pick-pocketing and given a seven year sentence at the Old Bailey. Once he completed his sentence, he returned to England only to re-offend, once again convicted of pick-pocketing, and re-sentenced to another seven years transportation. This time he remained in the Colony and opened a boarding school. There were three boarders aged 10, 11 and 12, including the grandson of their Pitt Street neighbor John Connell (executor of Laurence’s will), and a 13 year old female lodger. So Mary Ann’s education would have been a thorough one. It would prove useful in her later life.


Link to next two chapters: